John has been in the construction industry for over 25 years. He first started building apartments and homes. In 1997 John entered the Carpenters Union apprenticeship program at Renton Technical College. He has worked on many large projects around the Puget Sound. Including the downtown Federal Courthouse, the new west side approach to the new 520 bridge and his favorite project two 50-million-gallon underground water tanks for the city of Seattle and the Cal Anderson park on top of them. John also was elected three terms as Vice President to Carpenters Local 30 and Financial Secretary of the Local as a rank and file carpenter. John became a home inspector after herniating 2 disks in his neck working on the new 520 floating bridge.  In today’s The Money Hour segment, John talks about home inspections.

Listen each Saturday at 3pm (rebroadcast Sunday at 8am) on 1150 AM KKNW for inside information, insight and advice from local mortgage and finance expert Tina Mitchell.
Call the the show at: 1-855-400-1150.
In need of Mortgage advice? Contact Tina at Tina Mitchell Team.

Welcome to The Money Hour

About Your Host - Tina Mitchell

Tina is with Highlands Residential Mortgage and has had her mortgage practice for over 25 years.  Tina is a numbers gal, so much that she designed and hired a developing team to build an advanced … END_OF_DOCUMENT_TOKEN_TO_BE_REPLACED

Guests on the Show 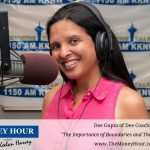 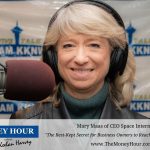 The Best-Kept Secret for a Business Owner to Reach Their Big Hairy Goal! Mary Maas of CEO Space International

3 Strategies to EMPOWER You on Your Fitness Journey & Live a WISELY Fierce Life! Laura Mak Quist of Mak Attack FitLife

The Three Pillars of Business Success with Claire Jones of Clarifications Coaching, LLC