Cherry O’Neill, the oldest daughter of entertainer, Pat Boone, grew up singing with her 3 sisters on TV and on stage nationally and internationally. She recorded several albums with her sisters and wrote some of the songs featured on them, including a song that appeared on her sister, Debby Boone’s album containing the hit song, You Light Up My Life. Cherry had a serious ten-year battle with anorexia and bulimia, as a teen and young adult before eating disorders were well-known and was able to recover with therapy. She wrote about her recovery in the New York Times Best Seller, Starving for Attention, and was able to offer help and hope to its multitude of readers. She is mother to five adult children, grandmother to three, and wife of Dan O’Neill, founder of Mercy Corps for 45 years.

In this week’s episode, Cherry talks about personal coaching in the pursuit of purpose, passion, and potential.

Welcome to The Money Hour

About Your Host - Tina Mitchell

Tina is a Sr. Loan Officer (NMLS ID 145420) with Highlands Residential Mortgage, Ltd. (NMLS ID 134871) and has been in the mortgage industry for 25 years. She is highly committed to education and has … END_OF_DOCUMENT_TOKEN_TO_BE_REPLACED

Guests on the Show 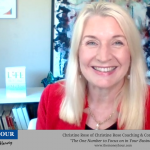 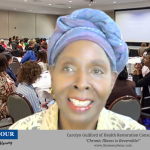 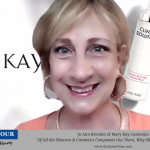 Of All the Skincare & Cosmetics Companies Out There, Why Should I Use Mary Kay? – Jo Ann Brookes of Mary Kay Cosmetics